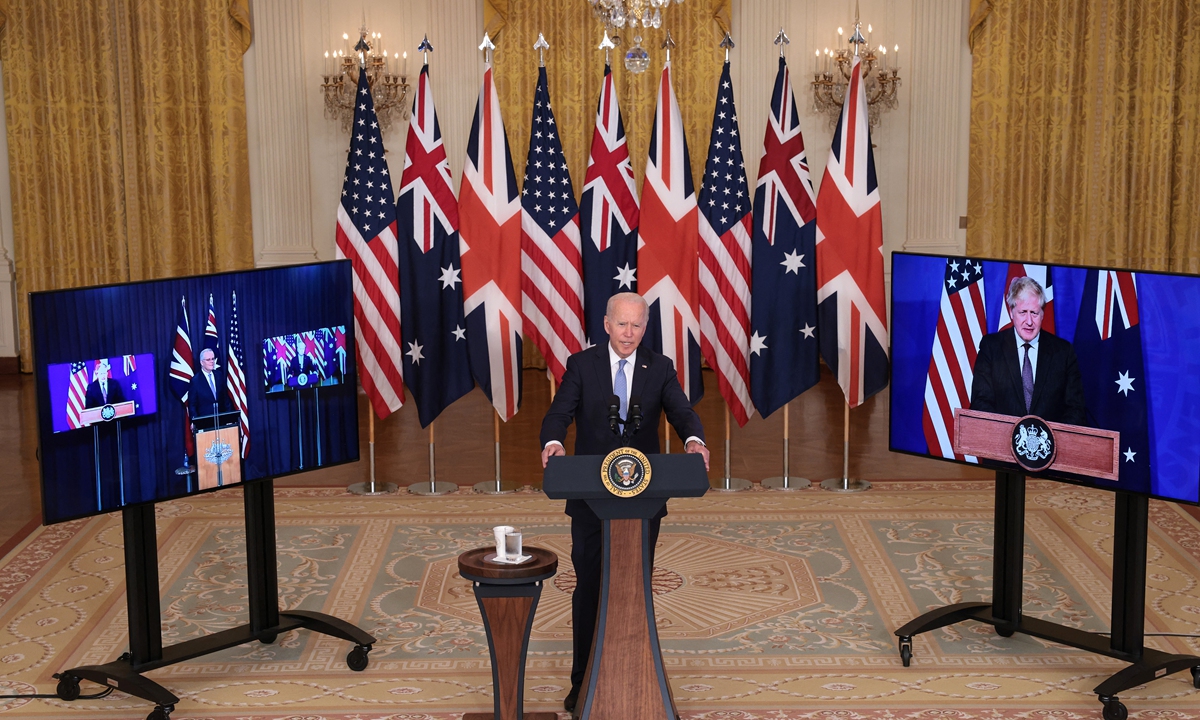 AUKUS is a trilateral security agreement between Australia, the US and the UK.

According to the agreement that was signed in the middle of September 2021, the United States of America and the United Kingdom will transfer their nuclear technology to Australia to build nuclear-powered submarines.

There are only six countries in the world that hold this capability that includes India, Russia, the US, the UK, China and France.

These submarines are SSN (submersible ship nuclear) and not SSBN (submersible ship ballistic missile nuclear), which means they are powered by nuclear technology that allows them to stay submerged for a longer duration of time underwater adding to their strategic advantage but they cannot launch a nuclear attack.

AUKUS is a very significant development because of many factors. First of all, it will be the second instance in more than five decades when the US will share its nuclear technology with any other country.

Second, this deal came at the expense of endangering diplomatic relations with France. Previously a defence agreement was signed between France and Australia for the delivery of 12 submarines worth A$ 50 billion.

It was one of the biggest deals ever signed with France and it was crucial for Macron’s political career as well. The US and the UK signed a counter agreement with the Australian government where they will deliver them nuclear technology to manufacture eight nuclear-powered submarines.

As a result, Australia backtracked on their French deal and France was neither informed nor was taken into confidence. As a protest against such a betrayal, France recalled their ambassadors from Canberra and Washington.

The reason behind the White House risking its relations with France is to counter the growing influence of China in the region.

Only India and China have nuclear-powered submarines or SSNs in the region and with the addition of Australia, the situation in the South China Sea will be exacerbated.

The Chinese spokesperson has already called this move “extremely irresponsible” and stated that it will seriously undermine regional peace and stability.

China is the biggest trading partner of Australia and both countries have deep-rooted bilateral relations. When Xi Jinping was attending the G20 summit in Brisbane, he also spoke to Parliament.

Scores of Chinese students opt for Australian universities for their higher education. Similarly, Australian wine has been in high demand among Chinese consumers.

The bilateral relations began to deteriorate when Australia voiced along the US for the investigation in the origins of COVID.

In response, Chinese students stopped opting for Aussie universities for higher education and Australian goods were slapped with restrictions and tariffs.

AUKUS has alarmed many neighbouring countries such as New Zealand; the government issued an official statement saying that it will not allow Australian nuclear subs to enter their waters.

Russia also voiced its concern saying that this deal is a serious threat to the Nuclear Non-Proliferation Treaty.

India being a major US ally and member of QUAD will also feel pressure because it seems like the Biden Administration does not feel very confident about QUAD and its effectiveness. The closest Australian ally Singapore along with Malaysia and Indonesia are also in disquietude by this defence agreement.

If we look at the numbers, the US has 68 nuclear submarines and it is expected that Australian eight submarines will act as American proxies, whereas China has only 12.

As a ripple effect of this agreement, China will be forced to further enhance its naval might and presence in the region to maintain the balance of power.

The Biden Administration blames Xi Jinping’s aggressive policies but in reality, it’s Washington which is carrying out a provocative foreign policy.

This nuclear arms race will increase the threat of conflict in the South China Sea and will also motivate other countries such as Iran to continue their nuclear programmes.

—The writer is contributing columnist, based in Karachi.​