Despite the triumphs Pakistan has had in curbing terrorism, the US National Security Advisor John Bolton doesn’t believe that Pakistan is internally strong enough to thwart an assumed Islamist takeover of the state.
President Trump on March 23 announced in a tweet that he was removing H.R. McMaster from his post of National Security Advisor and that John Bolton would take over on April 9, 2018. In any event, President Trump’s arrangements of Mike Pompeo and Gina Haspel, to head the State Department and Central Intelligence Agency (CIA) respectively, aren’t sufficient of an omen, appointing John Bolton as the new National Security Advisor (NSA) solidifies that his foreign policy is going to wind up more forcefully than ever. Bolton will fill in as Trump’s third advisor after Michael Flynn and Lieutenant General H.R. McMaster.
Moreover, Bolton is one of the supposed ‘many people’ who believe that Pakistan’s security agencies are under Islamists’ influence, a suspicion that then manages the US narrative on Pakistan which resultantly paints Pakistan not as a ‘non-NATO’ ally but rather as an adversary; the main cause behind its failure in Afghanistan.
The Bolton account, as is apparent, fits pleasantly into India’s worldwide pro-terrorist projections of Pakistan. Not only will it add to Pakistan’s long list of issues at the international level, for example, the threat of being blacklisted by FATF, in addition it will be instrumental in tilting the regional balance of power in favor of India.
Moreover, it is clear that John Bolton thinks differently about China-Pak ties, as he believes that the US may end up gifting Pakistan to China if the US keeps on putting excessive pressure on Pakistan to do more. He rather suggests in his article for the Wall Street Journal, that the US should utilize its leverage on China to induce Pakistan to ‘sever ties with terrorists and close their sanctuaries. The Trump administration should make it clear that Beijing will face consequences if it does not realize its massive interests in support of this goal.”
Unmistakably John Bolton, particularly like President Trump, needs to squeeze Pakistan; however, he wouldn’t like to do as such by forcing sanctions on Pakistan or by removing the military aid. Rather, his approach is to take action by utilizing India in its strategy of isolating Pakistan and by pressing its significant partner, China.
And whilst John Bolton doesn’t rely on pushing Pakistan too hard, the reason isn’t that he is understanding of Pakistan’s triumphs and forfeits but since he thinks pushing too hard would actualize Pakistan’s assumed control by the terrorist outfits. In an interview given in August last year, he stated: ‘If you push Pakistan too hard, this government in Pakistan is fragile. It has been since the partition of British India. The military in Pakistan itself is at risk, increasingly, of being infiltrated through the officer ranks by radical Islamists. Many people believe the intelligence services unit already is heavily dominated by Islamists.’
In a nutshell South Asia is in a critical need for a careful approach and policy reevaluation from the US government. Be that as it may, if there is one individual with the ability to keep away from disaster, it is simply the President himself. Regardless of whether President Trump has the will to persuade his new team to take part in diplomacy over war-plotting, yet remains to be seen. It is, in this manner, up to Islamabad to ponder the most significant reaction to the possible outcome. Pakistan may only be able to neutralize Bolton’s hostility by drawing him into tactful diplomacy. Any other plans to the contrary, including reciprocating that animosity, are probably going to backfire.
Source : http://www.eurasiareview.com/19042018-john-bolton-as-nsa-to-affect-pakistan-oped/ 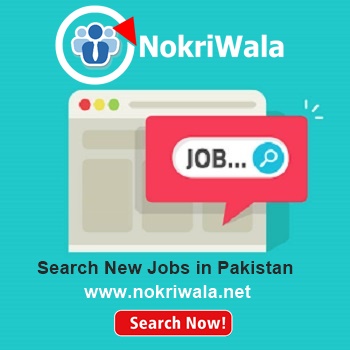